Halam Road has been closed as construction works to prevent flooding in a town begins.

The addition of five super gullies on Halam Road, Southwell, is to avoid a repeat of the torrents of water that flooded the town in 2013.

It is part of the cross-council funded Southwell Flood Alleviation Scheme that aims to protect 240 properties and 60 businesses. 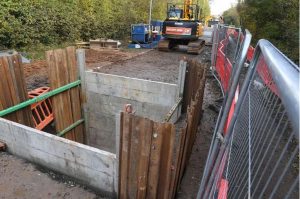 The large-scale £4.3m project has been sourced by a number of organisations.

A district council spokesman said it has also committed money from its capital programme.

“The district council has committed £453,421 in its capital programme for the Southwell scheme, but as of yet has not paid anything,” they said.

“The council is expecting to make its contribution next year.”

Natural flood management in over 20 locations in the upper reaches of the Southwell catchment is being put in place.

This approach is designed to stop the flow of water naturally and will be completed by March 2020. 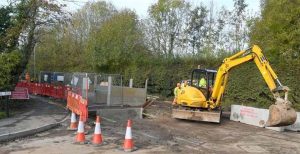 Engineering works are to be undertaken by Via East Midlands which involves regular checks on which properties benefit from the prevention project.

This phase of the scheme is due to be completed by March 2021.

The initiative is also to provide bespoke solutions to homes that do not benefit from the initiative, including proposals to instal flood doors, airbrick covers and flood barriers. 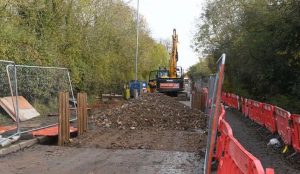 Bruce Laughton, a district and county councillor, was involved in securing the funding for the flood scheme and said it will be an essential part of the town’s wellbeing.

“It is a really good news story for the town and that the council’s are all for Southwell,” said Mr Laughton.

“This is a part of the several million pound scheme which comes after the 2013 events and recent flooding in the town.

“Construction will take place in Southwell for a year and the gullies are massive ­— there are five of them.

“It will move from Halam Road road down to the trail and works will be undertaken there as part of the next phase.

“Many residents don’t understand at the moment what we are doing because of the Allenby Road housing development next door on the junction of Halam Road.

“There are hundreds of communities across the country who need this flood defence, so we need to applaud everyone involved including the flood forum and all councils.” 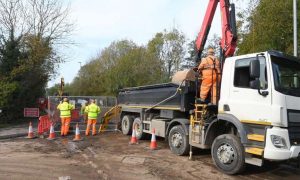 Gary Wood, group manager for highways and transport at the county council, said it was working with partner agencies to protect 240 homes and 60 businesses in Southwell from flooding through flood mitigation schemes and natural flood risk management initiatives.

“Teams from Via East Midlands are installing five super gullies in Halam Road,” he said.

“These are an effective low-maintenance and high capacity solution to rapidly remove water from highways which are prone to flooding and are a first for Nottinghamshire.

“We are committed to protecting homes in Southwell from flooding and anticipate all the elements of our proposals to be complete by Spring 2021.” 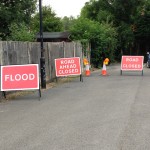 Thank you to those who attended the Southwell Flood Forum Flood Warden and Road Closure Warden training event yesterday at Southwell Fire Station. The training event was an overwhelming success with members of the local community attending. The Emergency Planning team will be able to use the feedback provided at the session in the operational and strategic… END_OF_DOCUMENT_TOKEN_TO_BE_REPLACED 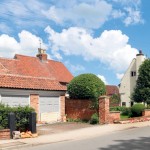 Southwell residents are being urged to sign up to help with the largest system of emergency road closures in Europe, which could come into force if it floods again. A total of 21 roads could be closed by volunteers in the event of flooding to reduce damage to properties. Mrs Jacky Huson, a member of… END_OF_DOCUMENT_TOKEN_TO_BE_REPLACED

Find out more about Community Resilience, and sign-up as a Street Rep at our Drop-in evening on Wednesday 18th June, in Southwell Library. Street Reps will be a key strength in supporting the Community Emergency Plan to help prepare ourselves and our neighbours for an emergency in our immediate vicinity. Street Reps will be allocated… END_OF_DOCUMENT_TOKEN_TO_BE_REPLACED

Severn Trent have now completed the works on the pavement opposite the Co-op to repair the broken pipe. We now have to ensure that the pipe installed will take the flow of water from the tank in the Co-op car park. If it doesn’t and there is still a flow of water out of the… END_OF_DOCUMENT_TOKEN_TO_BE_REPLACED 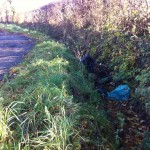 This weekend we happened across what appears to be an incident of fly tipping in the ditch alongside Halam Road by the lay-by (see photos below). We have evidence of flooding and surface water issues along this stretch of road on multiple occasions and it may be that if this lay-by is used as a… END_OF_DOCUMENT_TOKEN_TO_BE_REPLACED 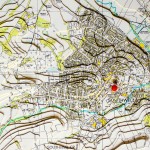 This 3D map created by Kath and Andy Wimble shows just how Southwell sits in a valley with the dumbles that flow into the main water-course – the Potwell Dyke. It also shows the secondary water-courses which flow from Halam Hill and Norwood Park. Photographed by Chris Knapton, Richfield Industrial In an interview with the… END_OF_DOCUMENT_TOKEN_TO_BE_REPLACED