We thank everyone who attended – from youngsters who enjoyed exploring the emergency vehicles… to residents who found out more about resilience….to other Nottinghamshire communities who enjoyed the opportunity to share experiences….to our guests …. to Wardens who completed, refreshed or were trained in the required elements to carry out their role as a Road Closure Warden. We hope those who attended found it useful, informative, a valuable networking opportunity and sociable.

Every household in Southwell will be receiving a copy of the Southwell Community Resilience Handbook, part funded by the Postcode Community Trust (People’s Postcode lottery). The Handbook contains much of the information from the CR day…. and more. It will be available online and as an audio version.

We are tremendously grateful to all those gave their time, skill and goodwill to take part in the day on a voluntary basis and especially thank Nottingham Trent University Brackenhurst for generously allowing us to use the Bramley suite. An event such as this would have cost thousands of pounds and we as a voluntary community action group recognise and appreciate the huge support of the organisations and people involved.

We thank the Environment Agency and Nottinghamshire County Councillor Bruce Laughton for paying for the delicious buffet and the Old Theatre Deli for supplying the sandwiches. Evidently the buffet was well appreciated – a swarm of locusts couldn’t have devoured the food more thoroughly!! 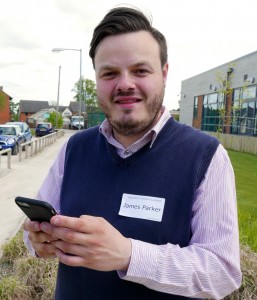 Most importantly we thank the volunteers who organised the event and helped with the preparations to make the day run smoothly. James Parker took the lead on organising this day, supported by Jacky Huson; other volunteers on the day were our Chair Tim Farr, members of the Forum core team plus Lynn de Haan, Richard Morgan, Cherry Lyth and Lewis a student at Brackenhurst. A special thanks to Peter Lyth who was the ‘official’ photographer and David Wright, sound engineer who was recording contributors to the Community Resilience Handbook for the audio version – in competition with the fire engine sirens!!

We were delighted to welcome- 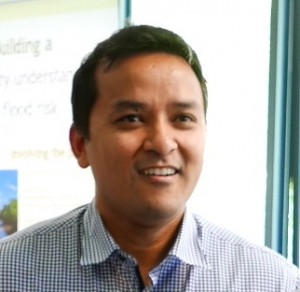 Barjacharya, GP at Southwell Medical Centre gave a very moving and enlightening talk on his work in Nepal and the community’s response following the earthquake in April 2015.

His description of the resilience of the people with little support from government or emergency services was humbling.  We were delighted that £155 was raised towards his continuing work – he returns to Nepal in August. Amit says this amount will feed the orphanage of 40 kids for 2 good meals for the day.

Cllr Glynn Gilfoyle, Chairman of Community Safety, Nottinghamshire County Council praised the work of the Forum towards creating a resiilent community and spoke of the ‘Golden Hour’ following an incident when local people can react to help themselves.

Paddy Tipping – recently re-elected as Police and Crime Commissioner – was accompanied by Catherine Ross and visited the exhibition to speak to exhibitors and residents. We are grateful that he helped to promote the event and mobilise the Notts Police Emergency Planning team and their Underwater Search vehicle. 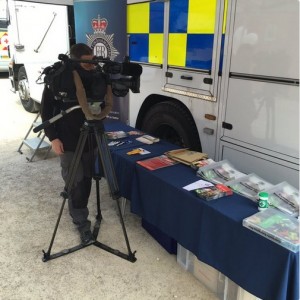 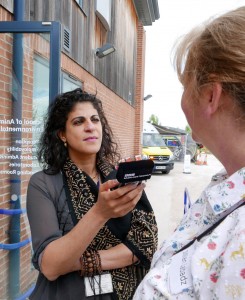 “..how well organised and executed the event was –  it was clear the community of Southwell were well up to speed with what their risk was….” Flood Advisory Service

“I was amazed by the scope of the Community Resilience Day and the Handbook is most useful. There must have been such a lot of work involved; I am in awe of your commitment and energy…… reason to praise and thank people like you who are prepared to battle on”. WM – resident

“..the day was full of useful information, hints and tips. I like the Gunkpot and shower timer provided by Severn Trent Water – handy items to remind us to prevent fat clogging the drains and help them flow better. I’ll give the shower timer to my teenage son, who seems to fall asleep in the shower – he’s certainly there for longer than the suggested 4 minutes”. SH – resident

“Congratulations to all of you who put such a great effort into making the resilience day the success it was. I visited with my two children – I found it informative and and my children enjoyed looking round the emergency service vehicles” RH – resident

“Supporting a Resilient Southwell” event will take place between 10:30 and  16:00 on Sunday 15th May 2016 at Nottingham Trent University, Brackenhurst campus See information about the talks, speakers and training sessions here   This day will be of interest for everyone, not only those at risk at flooding, but for all who could be… END_OF_DOCUMENT_TOKEN_TO_BE_REPLACED 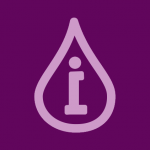 The village of Belford failed to meet requirements for a traditional flood defence scheme estimated to cost around £3.5 m to protect about 34 properties, a caravan park, the A1 and East Coast Mailine railway. This demonstrates alternative options trialled by EA and DEFRA. Read more

In this bulletin, I hope to provide an insight into how the data provided in workshop three are being used (i.e. look behind the scenes) Read more

System dynamics covers a suite of techniques that were developed in the 1960s for representing complex systems and exploring their dynamic behaviour. Read more

System dynamics covers a suite of techniques that were developed in the 1960s for representing complex systems and exploring their dynamic behaviour. A complex system is one which consists of many different and connected parts. It is only through looking at the system as a whole, as a network, that we can begin to understand,… END_OF_DOCUMENT_TOKEN_TO_BE_REPLACED

Download the Workshop 2 Agenda… Please note: The most popular days for workshop three are Tuesday 24th and Wednesday 25th March. We will vote on the favourite day next week, and I will add those votes to those already on the doodle poll. If you know you cannot attend the workshop next week, please register… END_OF_DOCUMENT_TOKEN_TO_BE_REPLACED

As with many concepts developed in many different subject areas concurrently, the term risk has a range of definitions. Here I make an effort to clearly define risk and other key terms, for the purposes of this project. Download E-Bulletin #4…

Diagrams have long been used in participatory modelling to allow researchers to move away from equations (which are accessible to only a few) to diagrams of how systems work. Causal loop diagrams are most often used in the early stages of projects, and therefore act as a continually evolving picture of the groups’ understanding of… END_OF_DOCUMENT_TOKEN_TO_BE_REPLACED