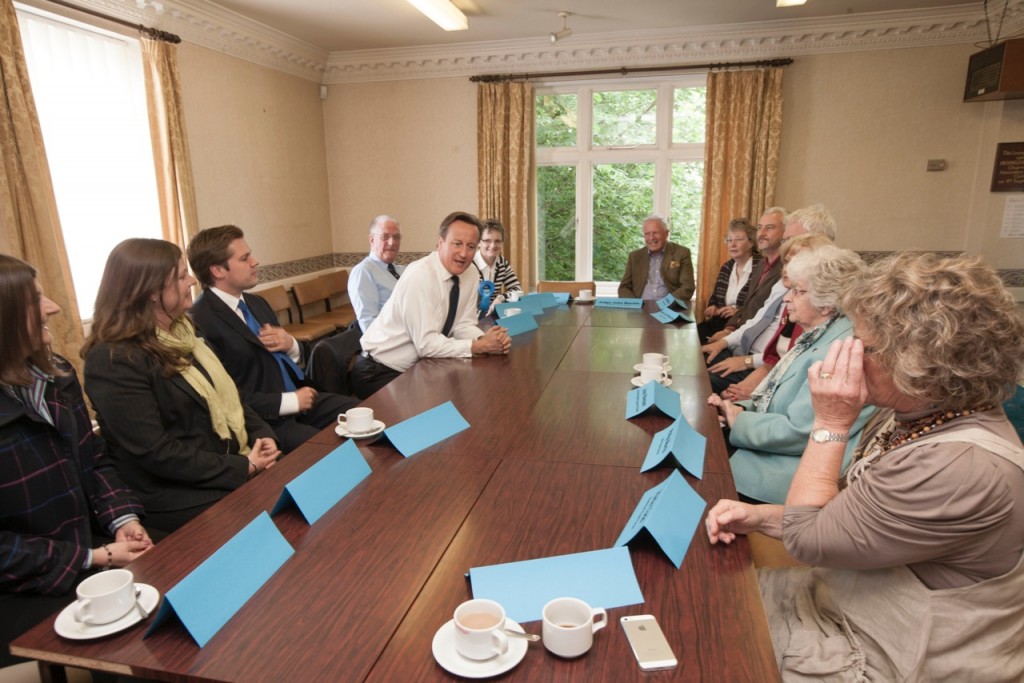 Mark Bertolini and Katy Todd were invited on behalf of the Southwell Flood Forum, along with other organsiations in Newark, to meet with the Prime Minister when he made another pre-election visit on Monday 2nd June.

It was an opportunity to tell him what had happened on 23rd July 2013, and to emphasise that it wasn’t the first time we had experienced flooding in the town.

He accepted that we had been forgotten during the drama of the winter floods and repeated that,  after the by-election, he would revisit the date criteria for the Repair and Renew grants for property level protection. Currently only people whose homes and businesses were flooded between 1 December 2013 and 31 March 2014 are eligible.

He was impressed with the way Southwell Flood Forum is working hard to make a difference and Cllr Penny Rainbow, who was also present, explained how much had been achieved by the Forum and that this is greatly appreciated.

The Prime Minister received the message, loud and clear, that people cannot be expected to live with the threat of inundation whenever it rains.  One thing is certain – the Southwell Flood Forum cannot afford to reduce the head of steam it has generated until we are confident that, this time, something will be done.